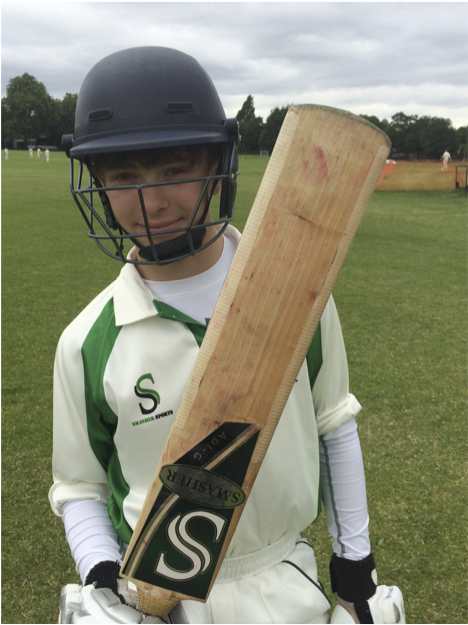 On Saturday, the 3’s had another successful 25 point win against a mid-table Hayes side. The day started with the toss, which Jonny Malpass won as Crofty was still stuck in traffic. Kew batted first on a bouncy, but slow, track at Barn Elms. Charlie and Jack got off to a quick start with a few boundaries in the first couple of overs. We were 74 for 1 until Jack, for a spritely 32, got a ball that did not bounce and that wicket started a middle-order collapse to  85-5. During this time, Charlie decided to get some rest half on the pitch and half off. Sandhu, for 41, and Jonny Malpass, for 31, were able to settle the ship and allowed us to regain control.

The pitch had an unreliable bounce and many of the wickets that fell were due to a ball that, either did not bounce as much as expected, or by a ball that popped up off a length. One of their bowlers used this to their advantage and took six wickets – he was also their quickest bowler. We were able to produce a score of 178 due to the accomplished innings from Sandhu.

The 3’s went out to field defending their total and opened up with spinners. Kunal and Jonny Malpass tied the top order down and picked up a few quick wickets – the pressure was increasing every over on the Hayes batting side. Kunal’s figures were 3-32 and Jonny, 2-32.  Charlie joined the bowling attack along with Rev and continued to take the wickets of the frustrated batsmen. We had them 9 wickets down and a confident number 11 came in, who began to charge down the wicket to the spinners at every opportunity. Chances were coming but we were not able to capitalise on the first three, as we dropped all of them.

The first chance to finish off the game came to Jagath at deep midwicket. It was a tough chance that seemed to go in to his hands but as he rolled over it spilled out and we had to keep on pushing. The second drop came to Jonny, who later claimed that the dolly “came very quickly.” The third drop would have settled nicely in to Dexter’s hands off Charlie’s bowling. The ball went up in the air and Dexter stood beneath it, whilst Charlie charged over without calling for the ball. This would have been Charlie’s fifth wicket, meaning he would have to buy a jug, Peter, the chairman, decided that it was “the worst case of jug avoidance [he’d] ever seen”. However, their luck had run out when they chipped the ball straight down cow corners throat, where Charlie took a good, diving catch to complete the win.